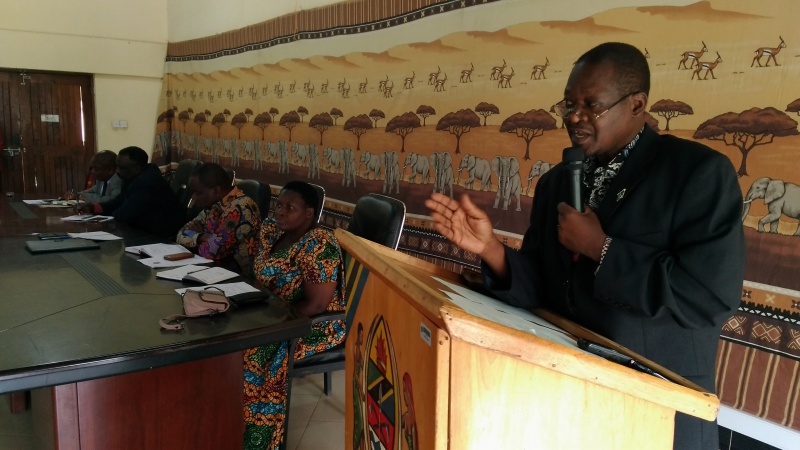 THE Rukwa Regional Commissioner (RC), Mr Joachim Wangabo said it will be a great embarrassment and humiliation for the region to start begging for food to feed its citizens while rainfall is favorable so far.

The RC’s reaction followed wide spread fears among the residents of the area over the possibility of facing serious food shortage in the region due to lack of DAP and UREA fertilizers.

The meeting was held on Thursday here in the municipality and was also attended by the Rukwa Regional Administrative Secretary (RAS), Mr Bernard Mkali.

“Indeed it will be a big embarrassment and disgrace if the region starts to beg for food to feed its people while the ongoing rainfall is encouraging .... So I decided to convene this meeting at a short notice,” said the RC, warning that even the projection of the region to increase food production to 1.6 million tons this harvesting season from 1.2 million tons harvested last season will be a nightmare “Rukwa region is among the seven regions in the country harvesting bumper food crops every year, which is why neighboring countries of Zambia and DR Congo depend on us.

So if we are not cautious and watchful this harvesting season, production of food crops will plummet drastically due to dire shortage of DAP and UREA fertilizers which our farmers are facing now,” warned the RC. Equally, the RC called upon politicians to refrain from their political ideologies and team up to seriously address the situation in efforts to ensure the availability of the fertilizes and increase the production of food crops.

The latest statistics indicate that currently Rukwa region is having a serious shortage of 49,669 tons of DAP fertilizer and 47,069.4 tons of UREA. Contributing, the Kalambo District Commissioner (DC), Ms Julieth Binyura expressed her fear that her district is likely to be faced with an acute shortage of food crops due to the situation.

“The Ministry of Agriculture has let us down this season, the availability of the fertilizers is questionable, we relied entire on the ministry to distribute fertilizers sufficiently on time but the whole exercise did not materialize. In fact the ministry has caused us further harm because our farmers will incur great losses,” she added.

On his part, the Sumbawanga District Commissioner (DC), Dr Halfany Haule advised the super dealers to provide the Tanzania Fertilizer Company (TFC) with fertilizers on a loan basis so that they can distribute it directly to the farmers on time.

The Sumbawanga District Council Executive Director (DED), Mr Nyangi Msemakweli said the district is facing a dire shortage of fertilizers by 99 per cent, and that the small amount available was smuggled to neighboring country of Zambia. Similar sentiments were echoed by the Sumbawanga District Council Chairman, Mr Kalolo Ntila who said that the small amount of fertilizer ended up in the hands of people with financial strength.

“Our farmers are greatly disheartened and dispirited, because in Sumbawanga Town we have business people but in their shops there is no trace of UREA fertilizers ... is it true that the government has failed to distribute the agricultural input to the farmers or there is foul play somewhere?” queried Mr Ntila, adding that most of the commodity has been smuggled to Zambia by petty traders.

Mr Godfrey Simfukwe, who is the Nkasi District Farmers Representative, said the small amount of fertilizer in the area was sold to farmers in Namanyere Town, leaving farmers in rural

with nothing. He insisted that fertilizers have a special period to be applied on food crops, mostly maize.

“It is very disheartening and discouraging because there is no reliable market for maize, as a result farmers are forced to sell the product at throw away prices to meet their daily needs, and as if this is not enough, the exercise of distributing agricultural inputs, particularly DAP and UREA has never materialized, forcing them to travel as far away as Sumbawanga Town but with no success,” he added.