Climate:
Sumbawanga District Council enjoys favorable climatic conditions. It has average rainfall, which varies from 800 to 1200mm, with average altitude of about 1700 metres above the seal level. Rains in the District are more reliable falling mostly in one rain season from November to April. Soil fertility also is suitable for the growth of a wide range of crops.

Vegetation, Topography And Agro-Economic Zones:
Sumbawanga District lies within the Western branch of the East African Rift Valley, its salient features are

Water Bodies :
To the south-west there is Lake Tanganyika with a surface water level of 770m above sea level; up tends to 500m above sea level, making it the second deepest lake in the World. Lake Rukwa is located to the South –east with shallow inactive, saline water
The lake is 810m above sea level. In the 19 th century it dried up three times 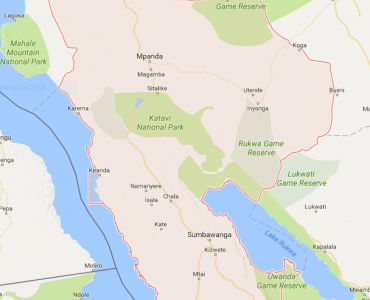